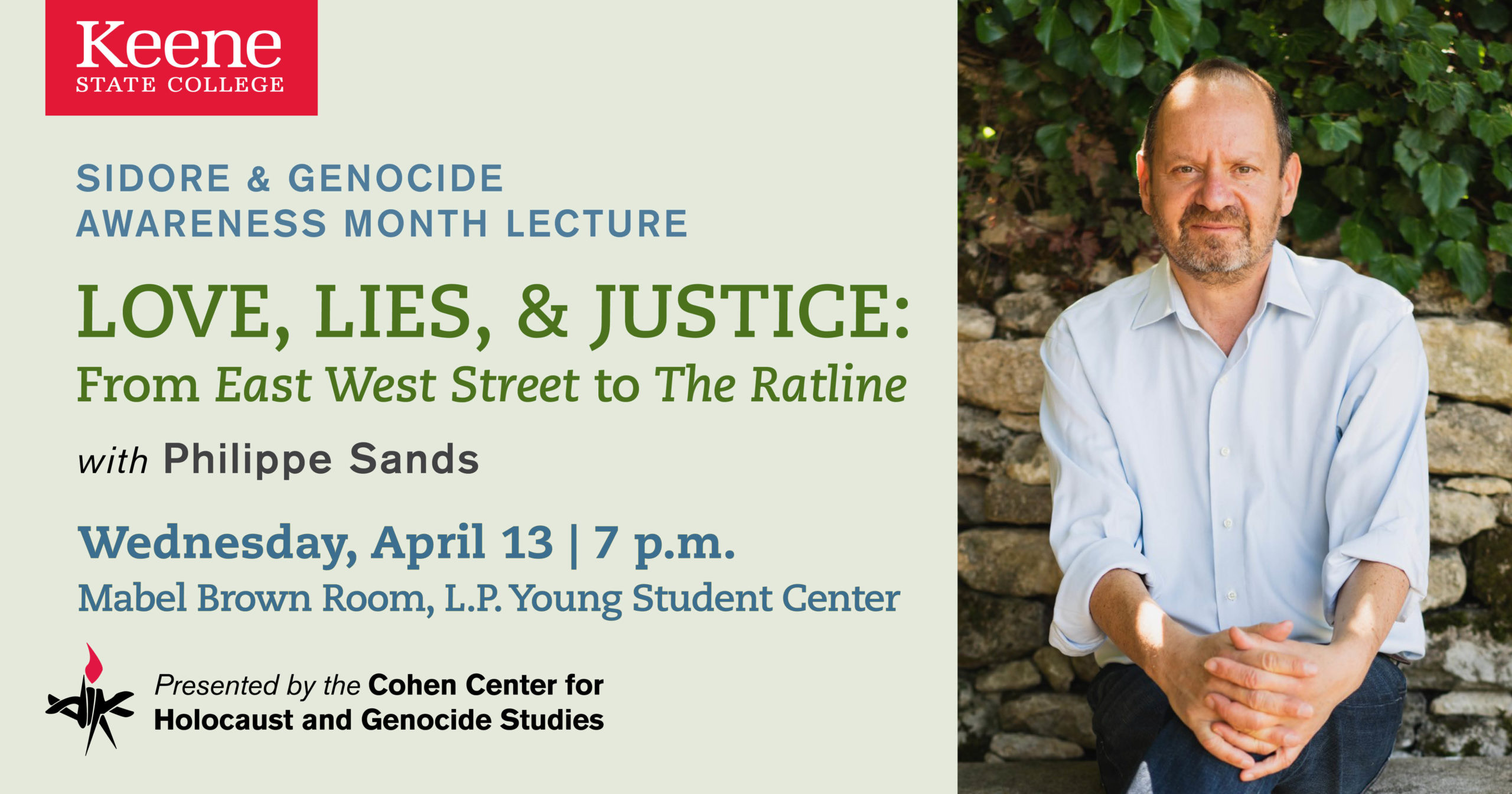 LOVE, LIES, & JUSTICE: From East West Street to The Ratline with Philippe Sands Director of the Centre on International Courts and Tribunals & Professor of Law, University College London

Professor Sand’s book East West Street examines the stories of the two men who, simultaneously, in the same city, and unknown to each other, originated the concepts of “genocide” and “crimes against humanity.” It won the British Book Award in 2017. The Ratline is the story of one Nazi official, his attempt to escape capture after the war, and the legacy borne by his son.

Please use the form below to register for this online Zoom event.